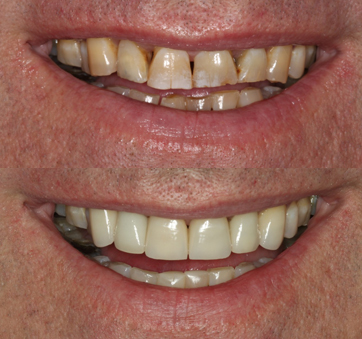 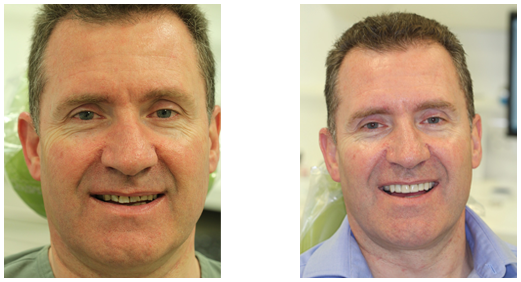 I joined the Staines Centre of Dental Excellence as a new patient last year having been dissatisfied with my previous dentist and was immediately impressed with your relaxed approach which was at odds with previous experiences in which I was made to feel that I had a problem and there was only one solution.

You were patient and explained a number of options (including 'do nothing') giving me time to mull things over and even responding to my request for some examples of what the various options might look like – that made a huge difference and provided enough information to convince me of which treatment was suitable for me.

I did not choose the most expensive option but none the less I was delighted with the outcome (more of that later). I was given a number of cost options and although the overall cost was sizeable, the end result still made it feel like very good value for money.

There's a saying about "no pain, no gain" and when it comes to dentists you expect a little pain……however I have to say, you always briefed me ahead of each session so I knew what to expect (and that's half the battle) so invariably, I was pleasantly surprised that there was less pain and more gain than expected! The most uncomfortable sessions were actually the early teeth whitening ones, so by the time we got to the veneers etc, it was always easier than expected. It felt like a journey we were both taking and I felt like I was being consulted each step of the way and could ask questions to ensure I understood what had happened and what was next on the menu.

The only time I experienced any difficulty was when I had a set of temporary teeth fitted while my veneers were being made. They felt a little alien and made eating (and initially) talking a little difficult, however when my permanent veneers were fitted they were a massive improvement and I was able to get used to them really quickly.

As often happens in life not everything runs smoothly and there was a problem with the final colour of one of my teeth. Again you handled this very well and I was made to feel that the quality of the outcome was as important to you as it was to me. Ultimately I have been delighted with the end results – my new teeth look as good as the mock ups that were provided before I decided on my treatment – and have given me the confidence to smile more which is a highly underrated behaviour!

I had been recommended to The Staines Centre of Dental Excellence and I'm so glad I was as I'm thrilled with the results. The practice is modern, extremely hygienic and the team are wonderful. I had eight veneers by Dr Anmol Chander and they look amazing. I now get many people tell me what beautiful teeth I have. I have recommended this incredible practice and will continue to do so. It certainly lives up to its name!